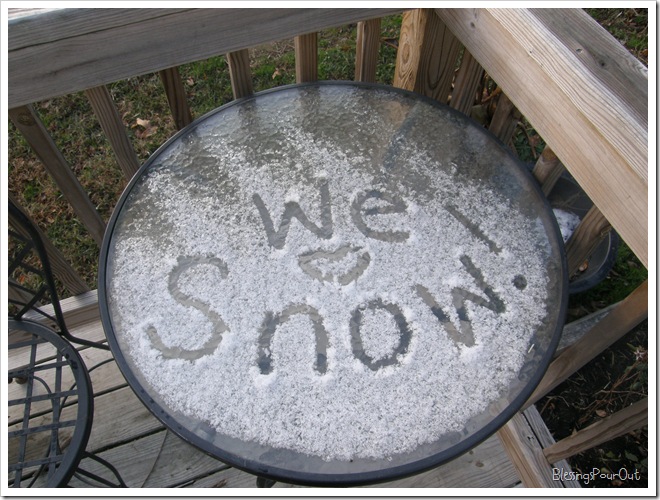 We woke up this morning to a light dusting of snow on the ground. That’s big news in our part of Virginia. Last year, we got the most snow I think this area has had since I lived here as a kid, but now my kids think it’s going to be like that every year. When they saw the hint of snow that graced our side deck after they got up, both Ladybug and Cowboy asked, “When is the rest of the snow going to get here?” Sorry, kids, but this is it. At least for this week, says the weatherman. 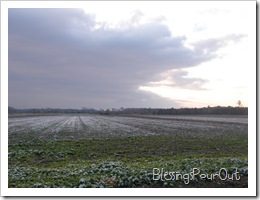 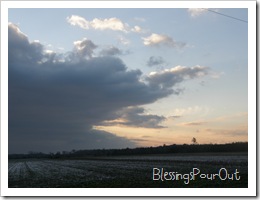 They enjoyed it while it lasted. They ran outside shivering with cold and excitement, and each made a snowball and put it in the freezer . Baby Boo escaped outdoors when nobody was looking and stood in the snow in his bare feet, just like it was in the middle of July. Nothing was going to stop him from experiencing snow for the first time in his memory (he was only six months old during the last snowfall. Well, nothing but a mommy, who scooped him up quickly…after taking a picture, of course. 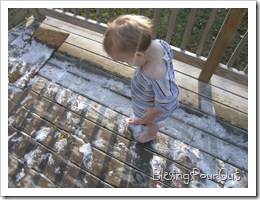 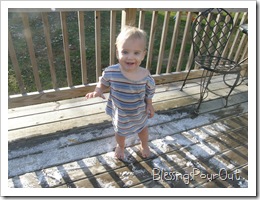 For my kids’ sake, I hope there will be at least one good snowfall this year. Me, I think I could live without it, but then again, if it’s going to be as cold as it is, there might as well be snow. And I do love snow cream, and sledding, so maybe some snow would be nice. For a day or so. Then it can melt until the next time.

I hope you are enjoying winter wherever you are, and snow, if you have it.

Heather
Posted by Heather at 10:54 PM

i so agree. one good one for the kids to sled in then it's time to say goodbye. we get very little snow as well so when it comes i don't drive which if it lasts (once every few years) makes for some nice time at home. :)