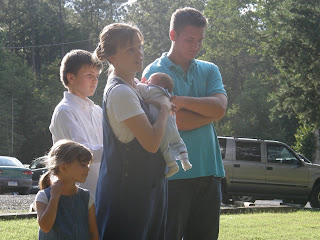 Just before Bubba's 18th birthday, his father and I discovered the concept of having a Blessing Ceremony. Now, this is something that would usually be done when a young man was just entering his teen years, so not having been exposed to the idea previously, we were a bit behind the curve. However, we decided that the idea of using our prayers, words, hopes, and dreams to bless him as he embarks on his journey of manhood was a Biblically solid one and worthy of doing, even if a bit late. Here is the first of several pictures of our small ceremony, held at church, on his birthday. This picture shows Ma and the little kids (two are missing...hmmmm...where are they?) standing on one side of the garden to "send him off" to cross the bridge to stand with the men. I recalled some sweet memories of Buuba as a boy and spoke of the positive qualities he had then that have grown into God-given strengths: determination, conviction, intelligence, motivation, physical strength. Tex spoke a few words of his own that were heartfelt and sweet about how Bubba is a good older brother and that he hopes to do as good a job being one, too. 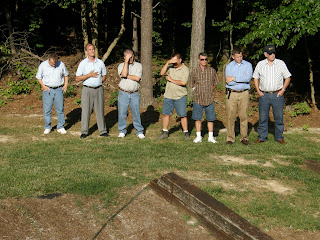 Here are the men, including the pastor, my dad and my hubby, and several family friends, who are waiting for Bubba to cross the bridge. The little kids gave him flowers and kisses before sending him off. 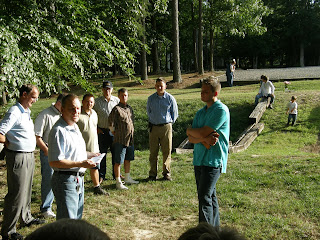 This shows Bubba listening to the wonderful comments, prayers, and blessings that others shared in honor of him. The Pastor gave a very nice devotional and a new Bible, my father reminisced about Bubba as a child, and his own dad praised him for being such an upstanding young man and gifted him with a cross made from hoseshoe nails (Bubba is a farrier). Other close friends prayed for him, passed on special gifts, and promised to walk alongside him on his journey. 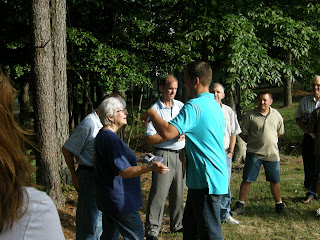 Because we were in a large outdoor space, the family crossed the bridge shortly after Bubba did, so we could clearly hear the wonderful comments and prayers for him. This shows my mom going in for a hug of congratulations following the final prayer for Bubba's spiritual growth, safety, and success. 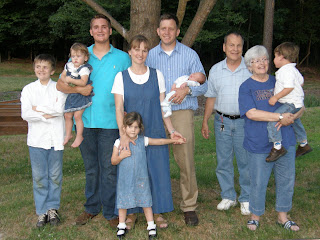 Here is a picture of our family following the ceremony, including Nanny and Poppy. 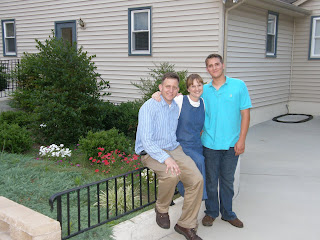 A proud Mom and Dad and their firstborn son. 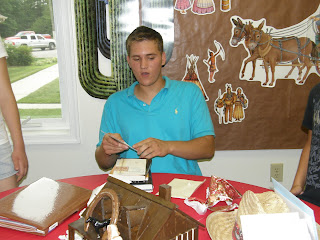 What good is a ceremony without a celebration/potluck afterwards? Since we are in the South, we went for fried chicken and all the trimmings...plus a cake and a lot of Sweet Tea (Bubba's favorite). Here he is opening a few gifts after showing off his album of cute (and sometimes embarassing) baby/childhood pictures. It was a real celebration of who he is and who he is becoming. (The Wild West decorations were courtesy of the Men's Father's Day Breakfast...they actually fit Bubba's personality to a "T!") 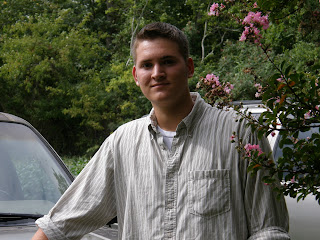 This is such a great idea- I hadn't heard about it.